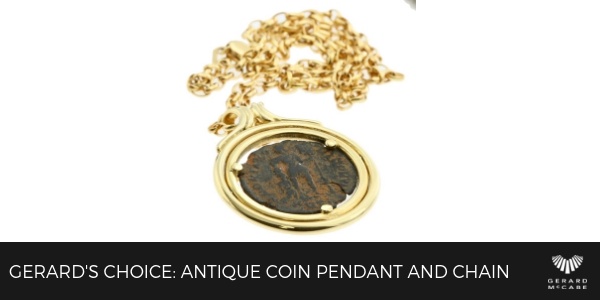 When this fascinating coin landed on my desk I was intrigued and immediately set to researching its history. I uncovered the origin story of this coin and hope you find it as interesting as I have - Gerard. 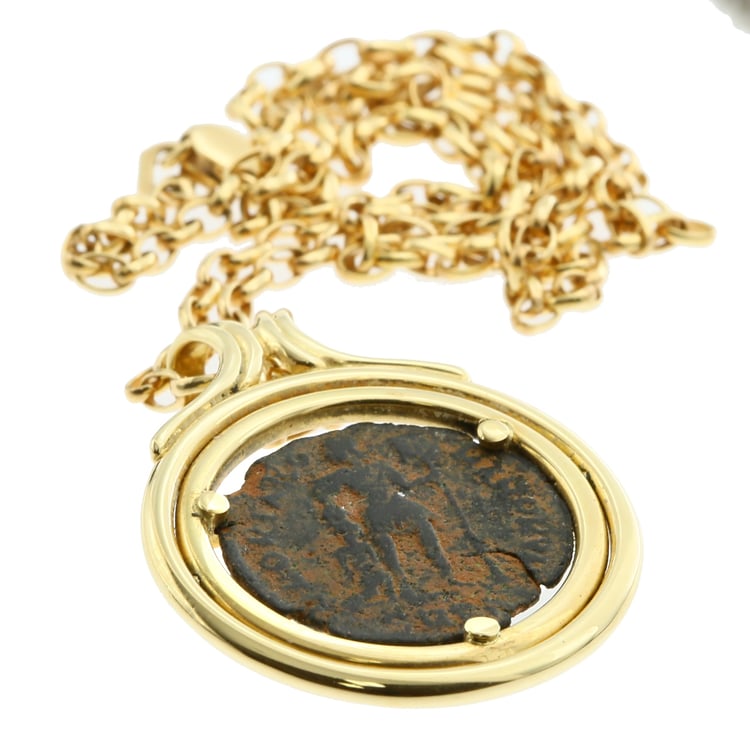 The bronze coin features Emperor Valens (328 – 9 August 378), fully Flavius Julius Valens Augustus (Latin: flavivs ivlivs valens avgvstvs), who was the Eastern Roman Emperor from 364 to 378. He was given the eastern half of the empire by his brother Valentinian I after the latter's accession to the throne.

Valens, sometimes known as the Last True Roman, was defeated and killed in the Battle of Adrianople, which marked the beginning of the collapse of the decaying Western Roman Empire. 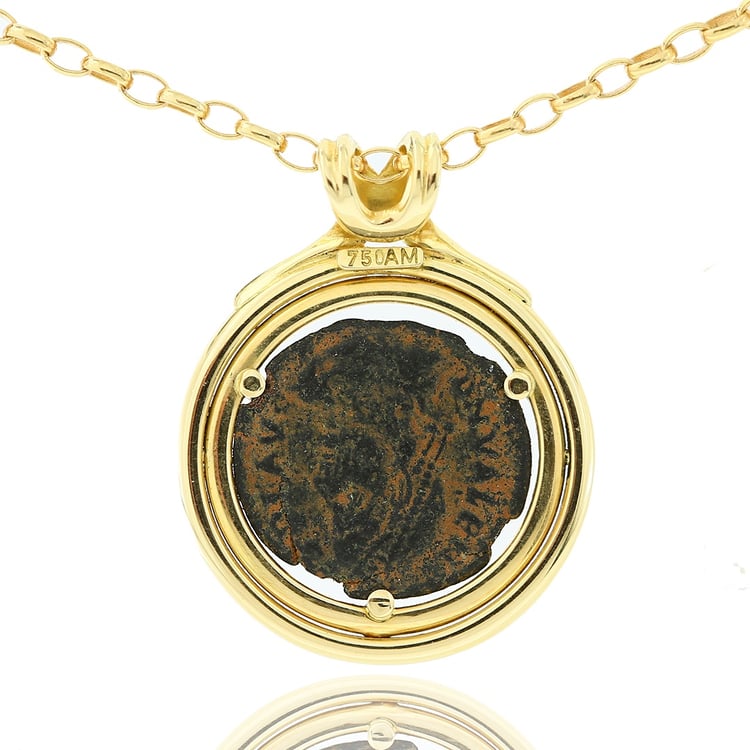 This Coin Pendant and Chain is a fabulous piece of history.

The coin is held in an 18ct gold double bezel pendant and comes with a 48cm long fine belcher link chain.

This Coin Pendant has sold.