Or not so little, but yes, we are talking about the great egg hunt. The bunny has come-a-knocking all over the land. The young and old alike will be indulging in their brightly wrapped, chocolatey treats.

But why do we gift eggs at Easter time? Is it just another commercialisation, a dumbing down of tradition and meaning? Are we dismissing a religious festival as chocolate covered Christianity? Not quite. For you see, Easter is actually an ancient celebration of birth, renewal and fertility.

Although a traditional Christian holiday, the celebration of Easter actually predates Christianity. As is often the case, Christianity swept up earlier pagan traditions and  assimilated them. In this case, it was Ostara. A pagan festival that celebrated the full moon following a vernal equinox. Which just so happens to be the same dates as Christian Easter.

It’s not just a European tradition either. Early societies including Iranians, Persians, Mayans and Romans all had their own Springtime festivities. In Britain, Ostara was celebrated as Eostre, the anglo-Saxon goddess of fertility. Eostre’s companion was a hare- so thus the Easter bunny. Obviously, this was a European tradition. Springtime is in March and April in the Western hemisphere.

So why is Easter associated with chocolate eggs and bunnies? Rabbits are an ancient symbol of fertility and of new life. In particular the March Hare. A nocturnal animal, during their breeding period they run around everywhere in the daylight. Hyperexcitable, they are literally hopping around like the proverbial “mad March hare”. 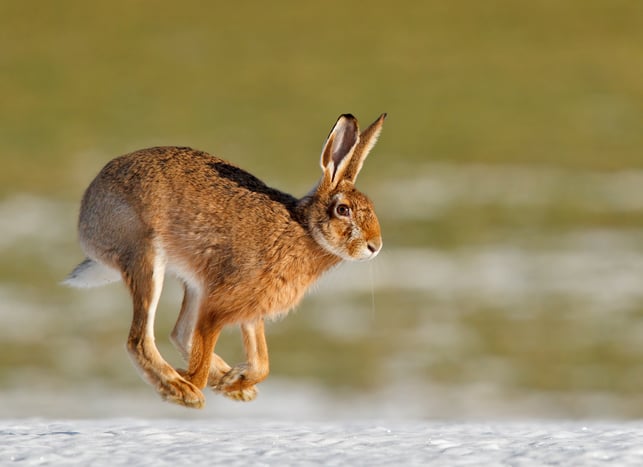 The tradition of decoration, gifting and receiving of eggs, however, dates back to truly early civilisation.

Actually, the decoration and meaning of egg gifting goes back a lot further than we realise. Predating Christianity and paganism by a long margin. Highly decorated and preserved ostrich eggs were found in the burial plots and graves of Egyptians and Sumerians. Some have even been discovered in Africa that are carbon dated to over 60,0000 years old. 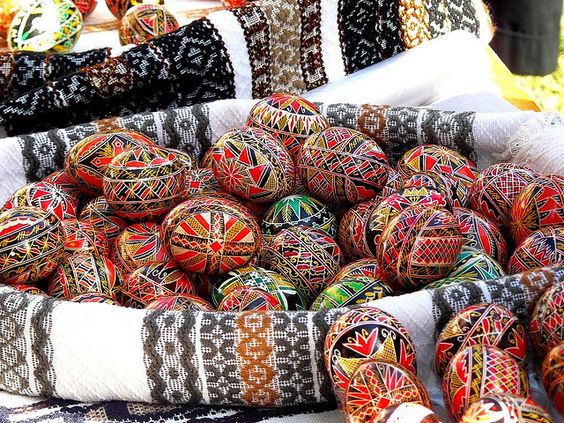 Greek Orthodox Christians, amongst others, dye and paint chicken eggs to this day. Not to mention the most famous decorated eggs of them all. Of course, we are talking about the deliciously over the top Faberge eggs. In the late 1800s, it became fashionable in Russian Orthodox circles to bring fabulous jewels and curiosities to gift at the Easter church service.

Obviously, this was for the wealthy and aristocratic.

Peter Carl Faberge was already an established goldsmith when Russia’s Emperor Alexander commissioned him. Faberge was told to design the first egg for the Emperor’s wife. Modelled on a curiosity from her childhood. On presenting the egg to his delighted wife, history was made. A crazed trend for the delightful jewelled eggs as Easter gifts was born. Faberge was the most famous of the artisans. His fanciful creations were tiny, wondrous worlds. Often encrusted with rare and precious gems, they were dazzling in their intricacy. 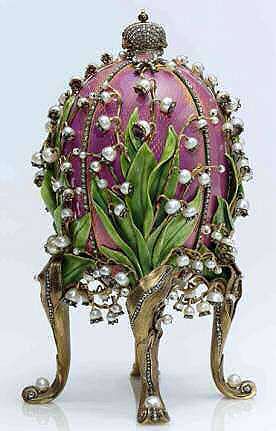 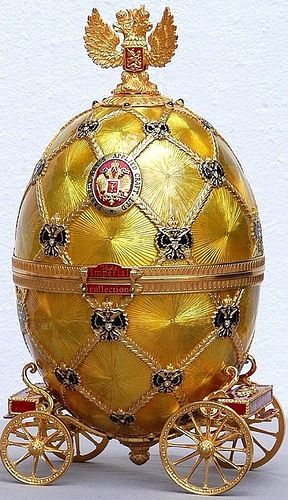 So often people claim that holidays and high days of Christianity aren’t relevant. History shows us that Easter is anything but a made up holiday. It has been celebrated in some form or another for centuries. The claim of adopted folk customs and traditions being swallowed up into the gaping maw of commercialism is old news. Ignore this. Giving a gift to the ones that you love should never be derided.

Whatever your creed, you should celebrate the ancient rites of the Spring awakening. Even though we are in Autumn. Break with the tradition of chocolate and take inspiration from the fabulous Faberge. Channel your inner Russian aristocrat. Unwrap something gorgeous this Easter.

Sweeter than chocolate but with the myriad rainbow hues to delight the inner child in you.

At Gerard McCabe jewellers, we may specialise in diamond jewellery, but we love our coloured gemstones too. Our in-house design team are experts in precious gems and it really shows in our Cirque collection. 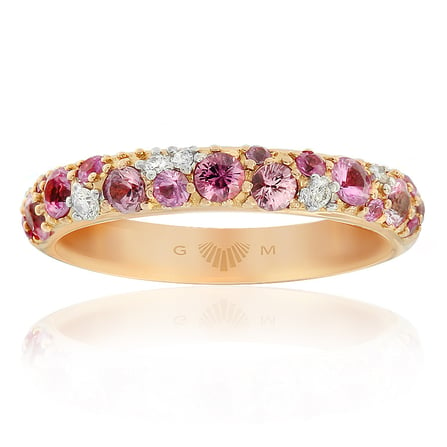 Much like a gorgeous array of Easter eggs, but minus the calories. Our Cirque range is the perfect counterpoint to sweet excess. One that lasts forever, as opposed to the fast burn out of a sugar rush.