An introduction to the Antique jewellery periods

Does this sound familiar to you? If it does, antique or period jewellery may be the way to go.

At Gerard McCabe, we love antique and period jewellery. Each piece is as unique as a snowflake, even if you find something that is almost the same, it will never be a completely true match to each other.

One of the great things about these styles of jewellery is that they can serve as perfect complementary pieces to a more modern style, the past helping to enhance the present.

As Adelaide jewellers, we are always on the hunt for new and exciting antique/period pieces. Here are a few of our favourite eras, and what the styles tend to look like.

The diamonds were old fashioned or rose cut. Stones were often foiled and set in silver enclosed settings on gold mounts. 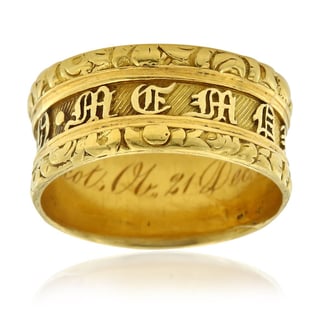 The Victorian era was one of romance. Queen Victoria was madly in love with her Albert, and the jewellery swayed in style accordingly. The jewellery of that period is essentially 50% very fine, delicate pieces, the other 50% being completely the opposite - large and robust.

Brooches and pins were very in, as were coloured stones. Flower motifs and leaves were hugely popular, as was animal themed jewellery. Later, when Albert died, mourning jewellery became very popular, often incorporating pictures and even the hair of the deceased. 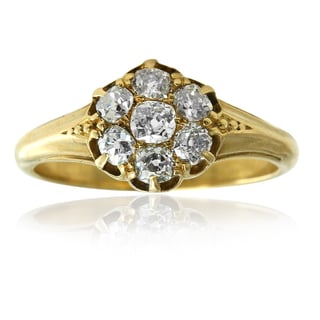 Overlapping with the romantic Victorian era, the Edwardian style of antique jewellery was exceptionally dainty. Thought to have been influenced by the French court, delicate filigree feathering was introduced in some shape or form to a majority of pieces.

Diamonds were also widely popular in this era, as it gave a very light, elegant and soft vibe. The exquisite elegance of this era continued up until the outbreak of World War I, but these pieces are still highly sought after in today’s market. 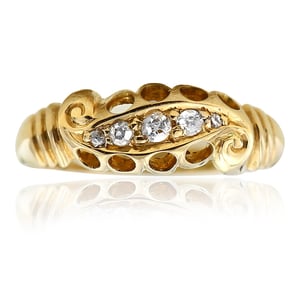 The Arts and Crafts Jewellery Era was a movement away from the Industrial Revolution.

Artisans hand-crafted jewellery with semi-precious stones in simple earthy colours in protest to the highly mechanised Victorian style of manufacture. Retailers such as “Liberty and Co” were instrumental in supporting this movement. Floral and foliated designs were popular.

This style is very recognisable. Favouring soft, curved shapes and female visages, Art Nouveau was around the same time of the Edwardian style, however, it was slightly less popular at the time. It is common for Art Nouveau styles to incorporate colourful precious stones and gems such as agate, opal and garnet, and during this period, enamelling became very popular. 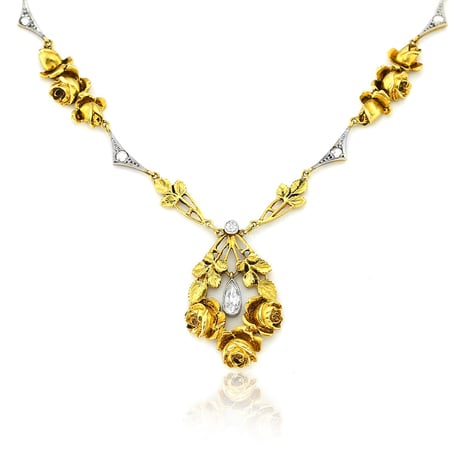 The Art Deco name comes from the 1925 “Exposition Internationale de Arts Decoratifs et Industriels Modernes” in Paris. A more relatively modern style, Art Deco was all about the geometry and symmetry. Rampant throughout the 20’s and 30’s, Art Deco used stones such as diamonds, sapphires and rubies to accentuate the stylized lines of the jewellery. Statement rings were also quite popular, as pieces were influenced by art and popular schools of thought such as Cubism and Futurism.

These are just some of the many styles available in the antiques and period jewellery market. However, the total uniqueness of the jewellery can also be a downside of choosing antique and period jewellery. As they are one of a kind, it can be difficult to source any one particular item, but that is part of it’s immeasurable charm.

If you would like to learn more about antique and period pieces, please contact our team of Adelaide antique jewellery specialists at Gerard McCabe.