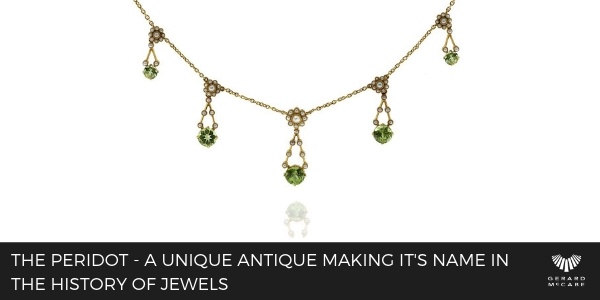 Named after the French word peritot, this gemstone is the birthstone for the month of August. It is also commonly gifted for the 16th year of marriage. A rich history, this gemstone was mined as early as 1500BC, in the ancient world of Topazo Island (now Zabargad or St John’s Island) in the Egyptian Red Sea. An island that was kept hidden, allowing the Egyptians to have a monopoly on the mining until the late 19th century. Island inhabitants were forced to collect the gems for the Pharaoh’s treasury. Miners would work in the daytime as well as night, as the Peridots would radiate in the dark, making them easier to find.

Besides Peridots being the gemstone of August, they’re the national gem of Egypt, referred to as the “gem of the sun”. In old times, prior to proper identification techniques, Peridot was known as a chrysolite. But today  we are able to recognise the difference in gemstones and their colour ways.

Much like the Ruby, there’s mentions of the Peridot in the Bible. It was known to ancient Hebrews and is listed as one of the stones used by Aaron and found in the text of Apocalypse (Revelations).

A famous large peridot gem is adorning the shrine of the Three Holy Kings in the cathedral at Cologne. Although believed to be an emerald for centuries, it was only identified as a peridot late in the last century. Experts believe that many of the stones thought to be Emeralds in the last century, were in fact Peridots. Take for example the Emeralds Cleopatra was famous for wearing, today they are considered to be Peridots from Egypt.

Legends say that Peridots, like many gemstones, possess incredible magical power. Many believe that if the gem is set in gold, it will develop its full potential as a talisman and will have the power to rid terrors of the night. Whilst according to Pliny The Elder, the Great Roman authority, for Peridots to work their strongest, they must be worn on the right arm.

Other legends argue that the Peridot aids friendship and frees the mind of envious thoughts. Apparently, it also protects the wearer from the evil eye.

These stones have long been called “an evening Emerald”, thanks to their brilliant green glow when under artificial light. Being softer in intensity, Peridots of two or three carats are incredibly expensive, and an eight-carat, fine stone is hard to come by. Some of the largest Peridot finds are available for viewing at numerous museums around the world, but one of the most notable specimens is at the Smithsonian Institution in Washington DC which houses a cut Peridot stone of 310 carats. 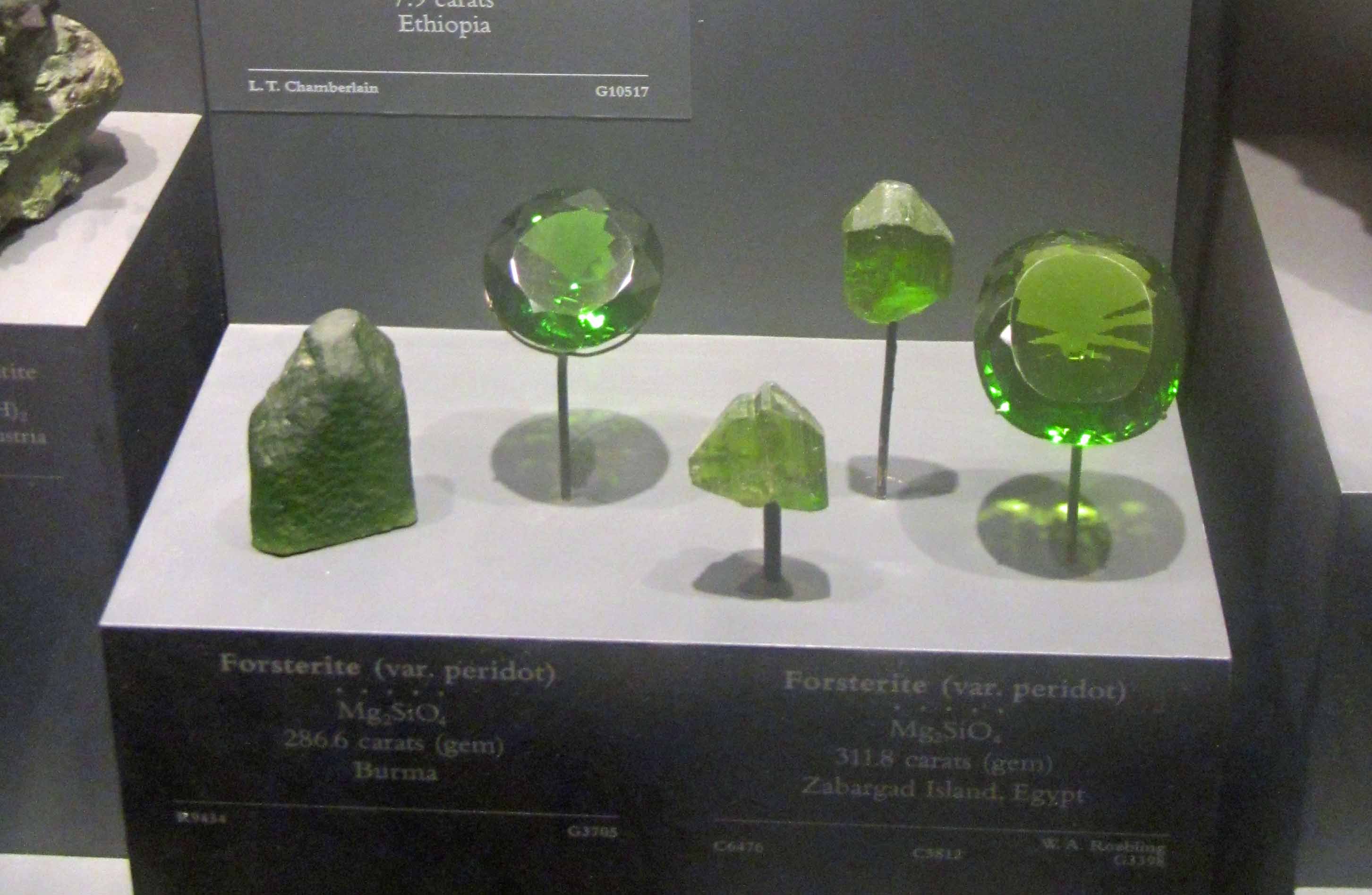 If you own one of these breathtaking gemstones, it’s important to take care of it. The best and safest way for you to clean your jewellery, is with warm soapy water. It’s important that the Peridot does not come in contact with drastic temperature changes - as it can damage the stone. Avoid contact with chemicals and be sure to not clean it in an ultrasonic or steam cleaner.

Whether you’re looking for a gift for someone who’s birthday is in August, or you have an upcoming wedding anniversary, discover the beauty behind these magnificent gems.
Previous Article View Next Article