History of the Engagement Ring 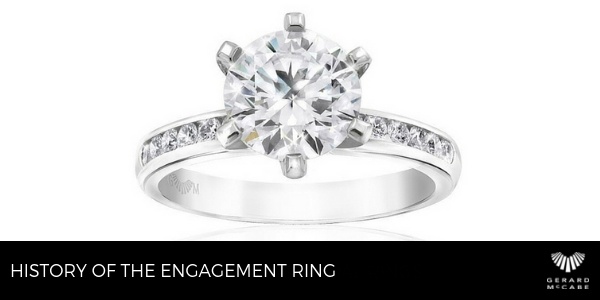 Romance and love are usually the reasons for marriage and engagement in modern Western culture. However, this was not how it has always been. Early history shows us, right through to quite modern times (by historical standards), that marriages were usually business contracts.

Love was rare, lucky or came later. Women were an asset to be bartered, traded and to shore up interests or bloodlines. Interestingly enough it was the poor or peasantry who usually had the opportunity to have a choice in their wife or husband. Without the weight of aristocracy or royalty bearing down on their shoulders, they entertained a larger freedom.

So what is the history of the diamond engagement ring? When did it change from being the sigil of a contract or the severing of freedom to what it is now? A representation of love and fidelity entered willingly by both parties. Here we trace the fascinating history of the engagement ring, from prehistory supposition to modern day sentiment. 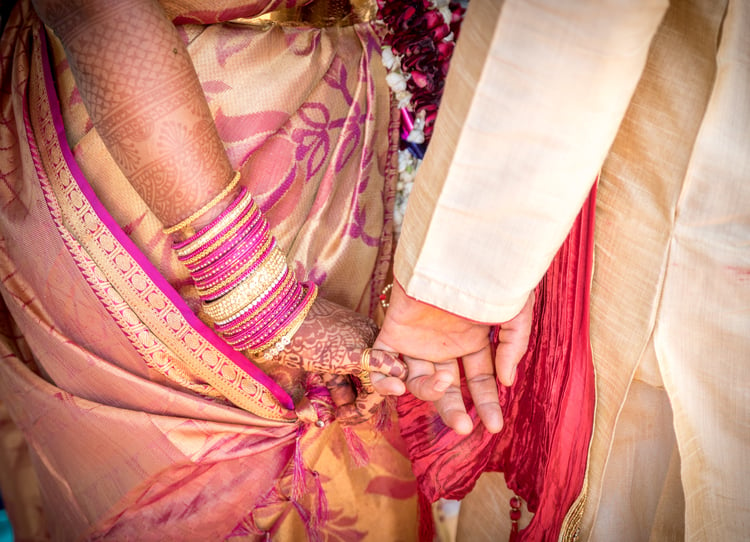 Tying the knot is not a modern saying. There is however, disagreement surrounding its enthnology. Some state that it is actually a ritual dating back to the time of man’s prehistory. We are not talking neanderthals, but our early ancestors. It has been suggested that cave men and women would tie cords of woven grass or dried leather thongs around their chosen spouse’s ankles and wrists. This was a signifier of controlling the spirit of the woman (some things never change). Making it known to rival clans or strangers that the woman was spoken for.

The second strand of thought is that it was a folk or pagan tradition. Folk lore has it that the phrase refers to making the knots of a wedding bed, out of fishing twine. This was when beds were rather rudimentary and wooden materials were only for the rich. So ‘tying the knot’ is literally tying the knots of your marriage bed.

For many different cultures, knots represent an unbreakable pledge.

Much like the caveman theory, the practice of handfasting (the binding of the bride and groom) was a representation of their pledge. A metaphorical tying of lives and destinies represented in the flesh. Hindu’s still have hand tying at their wedding ceremonies, as do many central and eastern European cultures. Handfasting also has origins with the Celts. It’s not wildly out of the question to suppose that both arguments have merit. 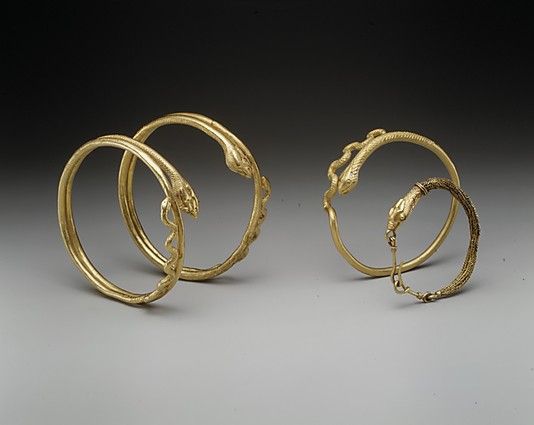 We’ve talked about the significance of the Ancient Egyptian ring ceremony before. The Egyptians were the first to give rings. They also created the custom of being worn on the left-hand third finger too. This was thought to be because the heart vein, vena amoris ran through this finger. Often the rings were simple gold hammered torcs, created in the shape of the ouroboros, the serpent eating its own tale.

This represented eternal love and the endless cycle of life.

In their own way, the Egyptians were actually quite romantic. Though by no means equal, women were treated with much more respect and freedom. They were allowed more independence than most other cultures of the time. With that lessening of repression came romance. Their ideals of love and devotion carried on to create the modern ideal.

As civilisation raced on, the ready availability of materials like iron, bronze, gold, copper and silver meant that rings started becoming the norm. The Greeks and Romans no doubt borrowed heavily from their Ancient Egyptian neighbours. This is when the idea of a wedding band really took off. Pliny the Elder, a famous Roman statesman, historian, author and naturalist has made mention of the customs associated with marriage.

According to Pliny, the  groom presented his bride with a gold wedding ring- a special occasion and ceremonial piece, not for everyday wear. The wife was then presented with an iron ring. It was a sigil of his ownership and the binding legality of the marriage. So they borrowed the customs of the Egyptians, but left the romance behind! 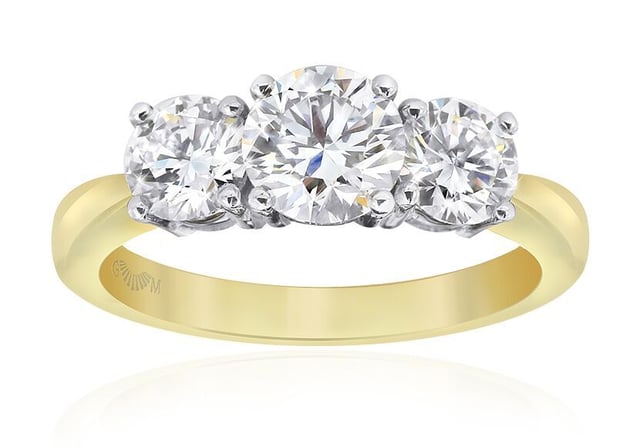 You can thank Archduke Maximilian of Austria for the modern love affair with diamond engagement rings. His betrothed was Mary of Burgundy, heir to the largest amassed wealth of title and fortune in that era. As was only fitting for one of the most fabulously wealthy ladies of the time, whose nickname was Mary the Rich, the Duke decided nothing less than diamonds would do for his fiancee.

In 1477, Max proposed to Mary with a ring that was set with flat cut diamonds in the shape of the letter M. A shrewd man then, and a trendsetter as it turned out. For this was the turning point that meant forever more, diamonds were associated with the ideal engagement rings. 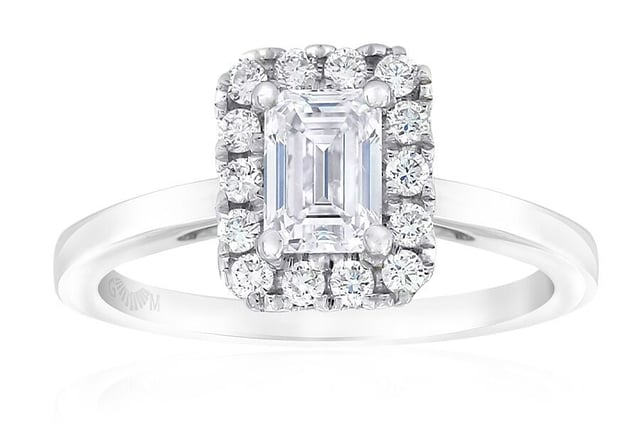 And it is no wonder, for the diamond is the purest and most enticing of all the precious jewels. It symbolises purity, love, eternity and fidelity. It has a richly deserved title as the King of Jewels. So from its humblest beginnings, the idea of a physical representation of marriage has grown. Through ‘tying the knot’ with cords, the romantic Egyptians, the pragmatic Romans and finally the Archduke of diamonds himself, we arrive at modernity.

Today, we can create our own customs, no longer held in sway to traditions or (hopefully) outdated legalities.

At Gerard McCabe Jewellers, we pride ourselves on being Adelaide’s premier diamond specialists. Over thirty years in the trade and with four generations of experience at hand, our chiefest joy is to help you choose your perfect forever diamond ring. Our trained specialist sales advisors are on hand to expertly talk you through any queries you may have. Whether you have already proposed or are nervously broaching the subject, our empathetic staff will ease you through this exciting time.

The journey of your lifetime starts here.